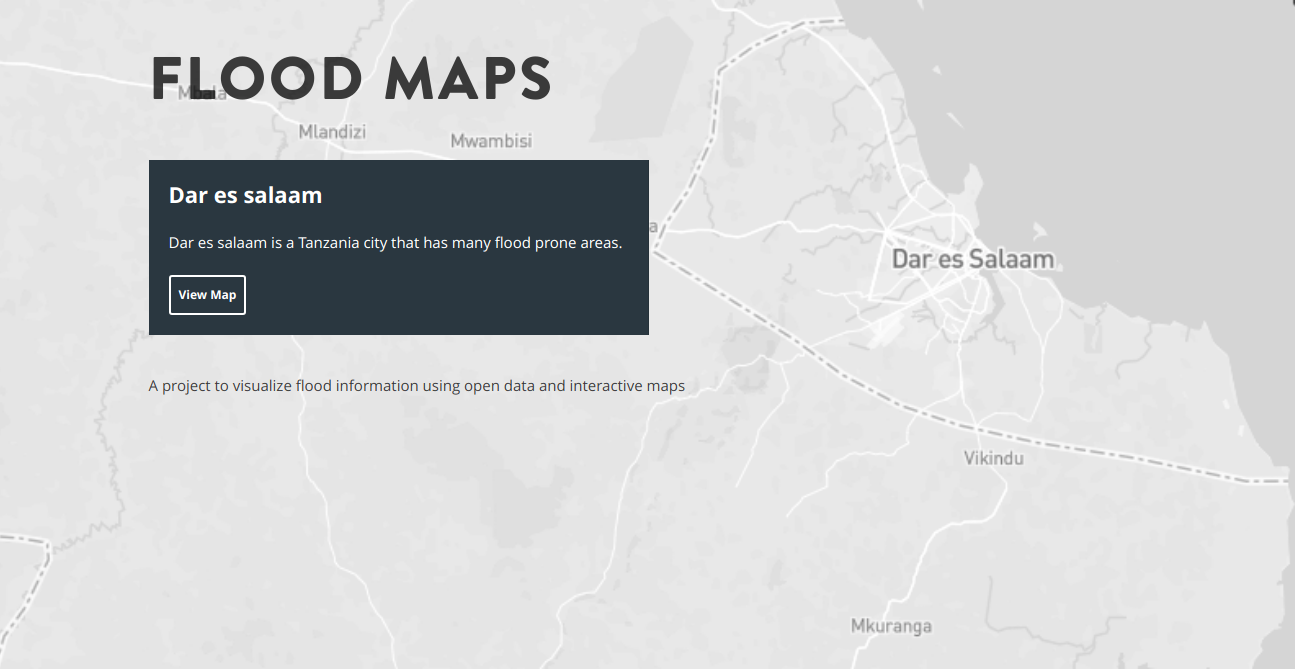 Dar es salaam is one of the fastest growing cities in Africa, it has a 5 million population and 5.6% percent growth rate per year, it is also one of the most important economic centers in Tanzania regions. This indicates that the city should get prepared in all social and economical aspects to accommodate well the population.

For the past years the city has been overwhelmed by the growth rate of the population leading to inadequate public services provision, unequal resources sharing such as water, electricity and a dormant infrastructure. The latter one has been one of the major cause for floods in the city.

Due to rapid increase in population and settlements, the city has struggled to provide good infrastructure, this has hindered mobility in the city but has also largely contribute to lack of good water flow during raining seasons hence causing flooding.

In relation to the flood problem in Dar es salaam, I made an effort to help the society in reporting of the floods events, believing this will enabled measuring floods impact and foster robust response during raining seasons.

I developed an online flood map, Inspired by flood map india, the tool that shows flooded features in realtime as reported by map users, this is crowdsourced based effort to map inundated features in Dar es salaam.