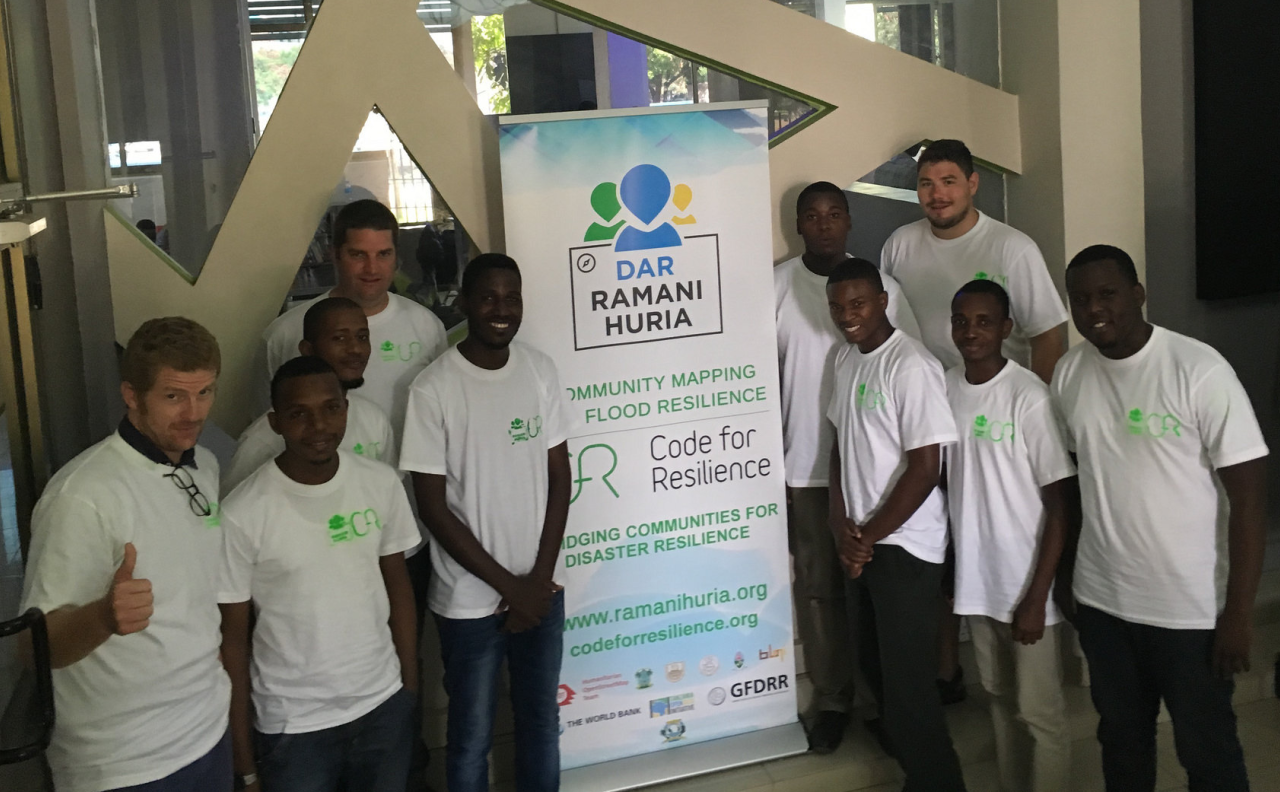 Dar es Salaam and Stone Town are the two primary cities of Mainland Tanzania and Zanzibar, with populations of 5.5 million and 150,000 respectively. Each of these cities and their country have unique challenges and hazards. Dar es Salaam for instance is challenged by bi-annual flooding, impacting many thousands of its citizens every year. In response to this, the World Bank, GFDRR, Humanitarian OpenStreetMap Team and the Red Cross are supporting the Tanzanian Commission of Science and Technology, Buni Innovation Hub, Dar es Salaam City Council, Ardhi University and the University of Dar es Salaam with a community mapping for flood resilience project, Ramani Huria.

In coordinating all of these actors, Ramani Huria has leveraged the skills of over 100 community members, 150 students, collecting data in the most flood prone neighbourhoods of Dar es Salaam, making maps and underlying data freely available for Dar es Salaam.

As part of the World Bank team, I supervised the Code for Resilience fellows and mentored them. Each of the fellows was assigned a problem statement (project) from which they had to design and implement a solution.

Each of these projects and others, such as 3D printing weather stations from recycled plastic and automating the delivery of population statistics, were initiated on the 30th of January at the Buni Innovation Hub in Tanzania. This event incorporated Code for Resilience Fellows, from the University of Dar es Salaam and experts from Dar es Salaam City Council, all working together to develop these applications. It offers a bright future for collaboration and a more resilient Tanzania! 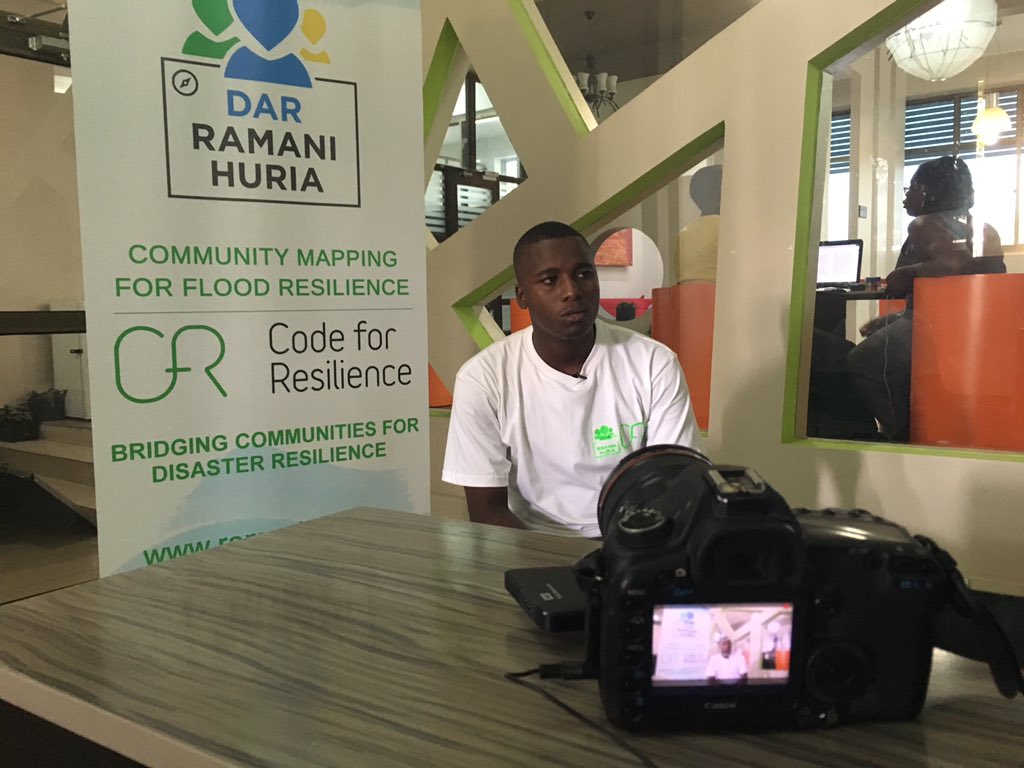 Me interviewed for Code for Resilience Tanzania Program